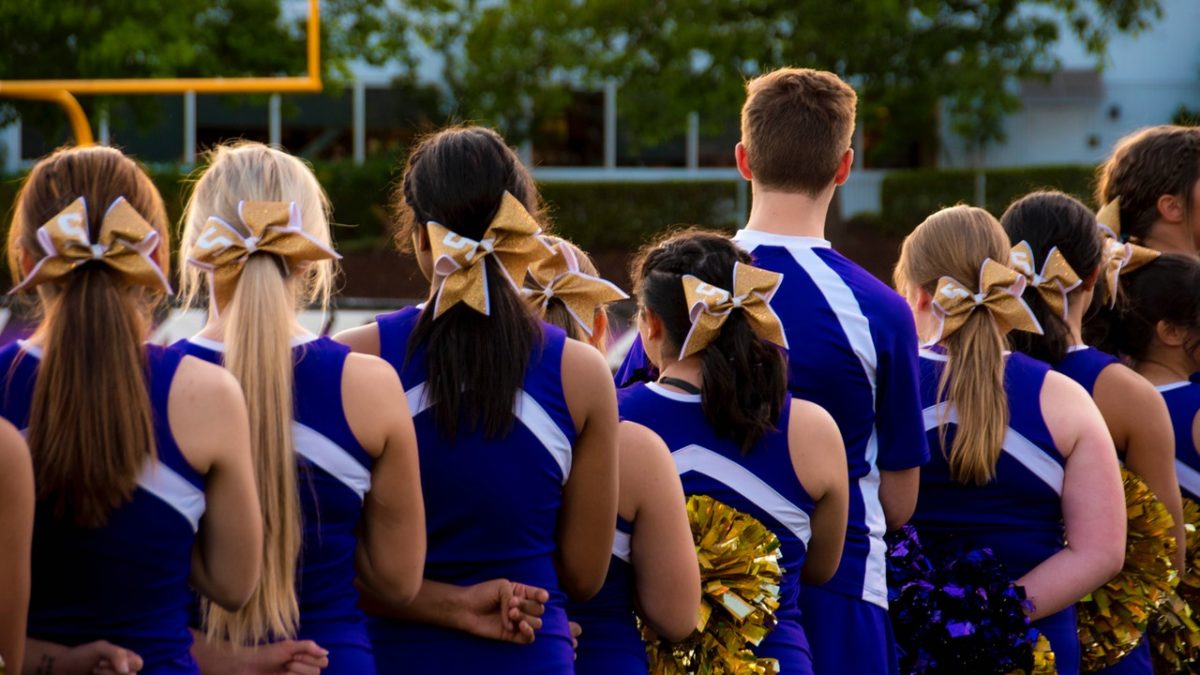 In the past few years, the National Football League (NFL) has gained much attention for things besides football. It’s true, any form of entertainment has its share of jaw-dropping content that some may view as controversial, but when it concerns the NFL, anything is to be expected. From Tom Brady’s involvement in “Deflategate” to Colin Kaepernick practicing his constitutional right to “take a knee” during the Star-Spangled Banner (which has inspired others to follow suit). Recently, the NFL has once again made history on a somewhat different page, cheerleading. Most sports teams, may it be professional or unprofessional, have a squad of cheerleaders representing them. Over time, cheerleaders have mainly been women. Slowly but surely this trend is beginning to change. You may have seen male cheerleaders at your local high school event, but have you ever thought you would see the NFL also follow this trend and start using male cheerleaders during their games?

Male cheerleading isn’t a new thing, as many may believe. This occurrence actually dates back to 1898. A man by the name of Johnny Campbell, who was a devoted fan of the Minnesota Gophers, discovered that the team needed encouragement. While on the sidelines, Campbell decided to turn around, facing the crowd, and lead his first ever cheer. This spawned the birth of cheerleading.

That’s right, you may have thought that cheerleading was created by a woman, but to the surprise of many, it wasn’t. “Not only was cheerleading started by male cheerleaders, traditions were created by men like Lawrence Herkimer and Fred Gastoff. Lawrence Herkimer founded the National Cheerleaders Association and invented the herkie jump, along with contributing many other “firsts” to the sport of cheerleading. Fred Gastoff invented the vinyl pom-poms.” (Miller, “Male Cheerleaders”).

Cheerleading has predominately been a female-dominated sport, but men actually make up roughly 50% of cheerleaders at the collegiate level. Surprising or not, male cheerleaders are just as committed to training and making routines perfect for their performances and competitions as their female counterparts.

On Friday, August 17, 2018, the New Orleans Saints decided to “shake things up” so to speak. The team was already facing a somewhat lackluster pre-season home game against the Arizona Cardinals, but this quickly changed. Amidst the cheering of fans and typical game day banter, stood the “Saintsational Cheerleaders.” Dressed in their black and gold uniforms, these ladies were ready to cheer for their team, but something seemed new to the watchful eye. Standing with the lineup of female cheerleaders was a man, dressed in a Saint’s jersey and black jeans. The man that broke the mold of the usual “cheering is for women” stereotype is Jessie Hernandez.

Jessie Hernandez is a 25-year-old young man who has been dancing since the age of two.

Hernandez went on to prove to the crowd of onlookers that he had cheering moves and spirit, just as good as the ladies next to him. Many have been quick to speak against this new addition to the cheering squad, but the jeers and sneers only made Hernandez want to cheer even more.

What is the future of Men being professional cheerleaders?

With things changing at a rapid pace and the world growing a bit more accepting of particular fads and norms, what will be next in the world of sports entertainment? For years, the “roles have reversed” with some aspects concerning sports, and male cheerleading is just the tip of the iceberg. There has been talk of women wanting to be a part of the NFL, not just cheering, but playing the game “with the guys” on the field as well. Not only do women feel that they can play football with men, but they would also like to create an all-female football team. Can you imagine such a thing happening and how “historical” it will be? Just look at how male NFL cheerleading has created a new image of the sport from a historical standpoint. As history typically repeats itself, whatever the next big trend in sports will be, it will be just as groundbreaking.